What Colour Are Stars?

In order to make a planet look suitably alien it is tempting to make the sun a different colour than we are used to. Certainly artwork involving a purple or even a green sun looks very alien but is it actually possible? Unfortunately not, stars cannot be green or purple for reasons I will discuss below. 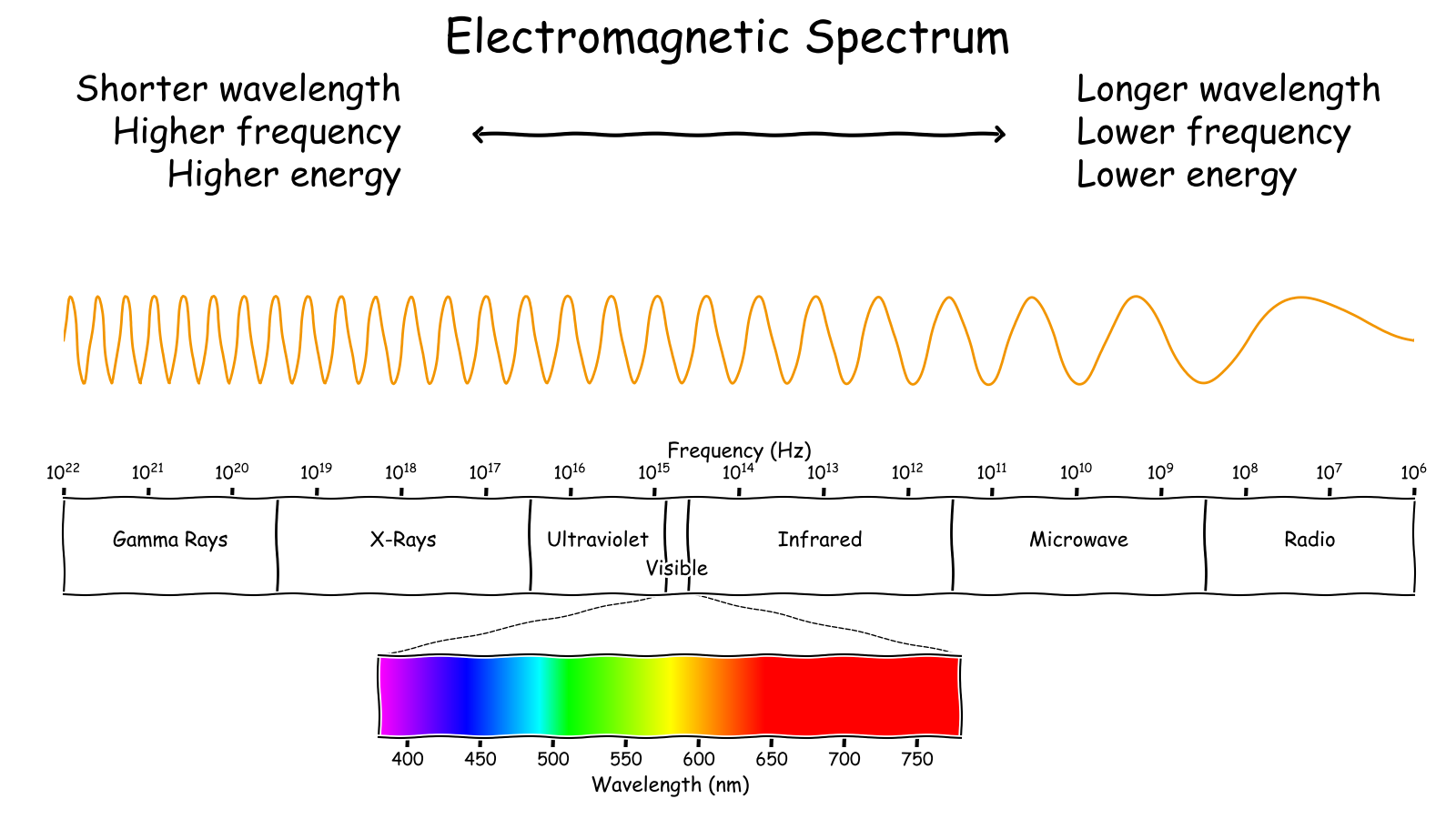 To determine what colour a star would appear requires knowledge of how much light is emitted at each wavelength. This is called the emission spectrum. A complicated model could be produced to calculate this, however, for this "back of the envelope" calculation I will just use a simplified model

This simplification relies on assuming a star is a black body. This might sound strange but a black body is a physics term for an object that is a perfect absorber of light that absorbs all light that it receives. By Kirchhoff's law of thermal radiation this means that it is also a perfect emitter. Its emission spectrum can then be determined solely from its temperature using Planck's Law. Since accurate measured spectra are available for the Sun this assumption can be tested to see if it is reasonable. 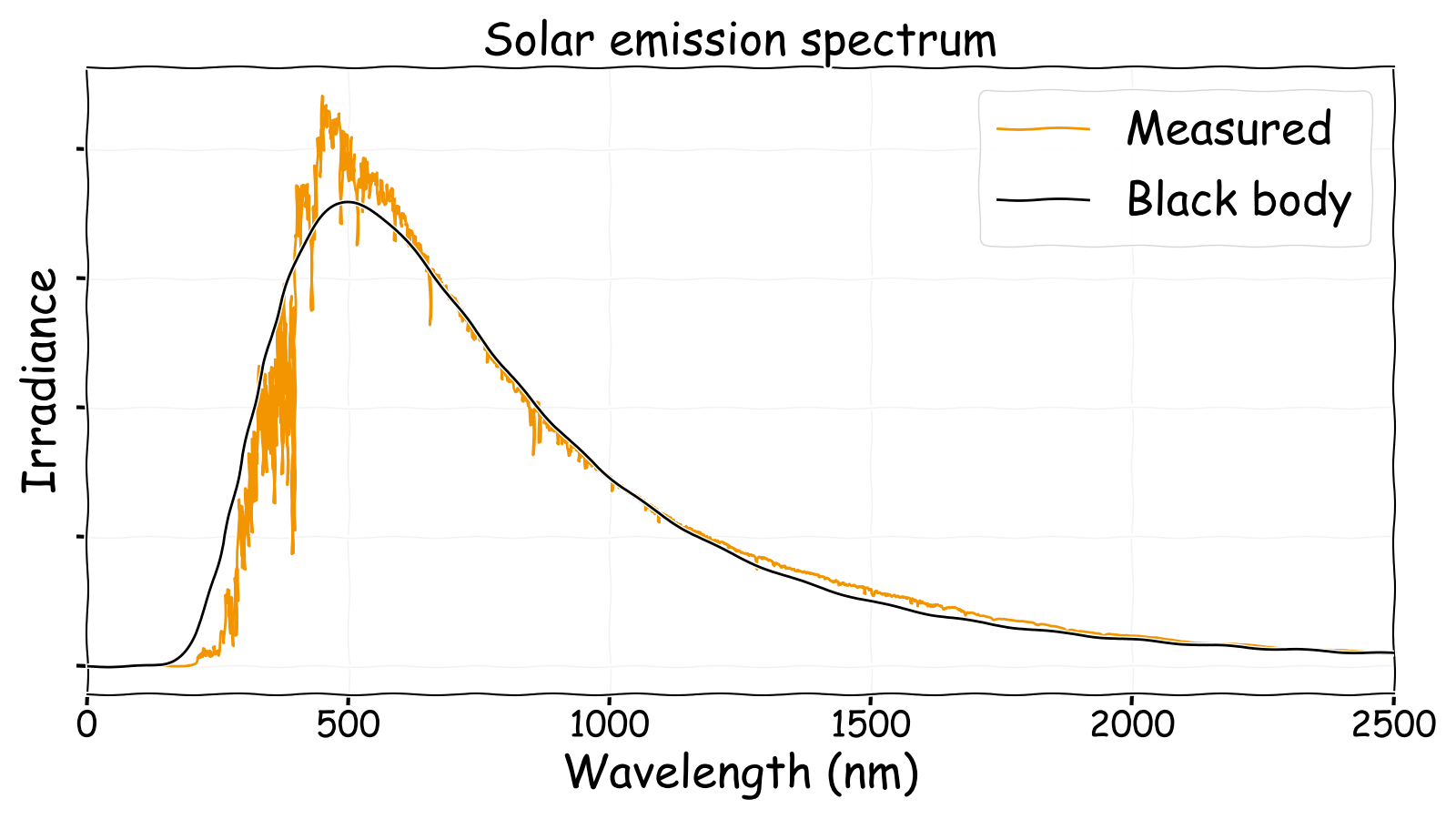 This model seems to work quite well as the measured irradiance (the amount of illumination received by a specific area) closely matches the black body model. Certainly it is good enough for world building and speculative evolution. This black body approach can then be used to calculate the emission spectra for several temperatures that correspond to different stars. 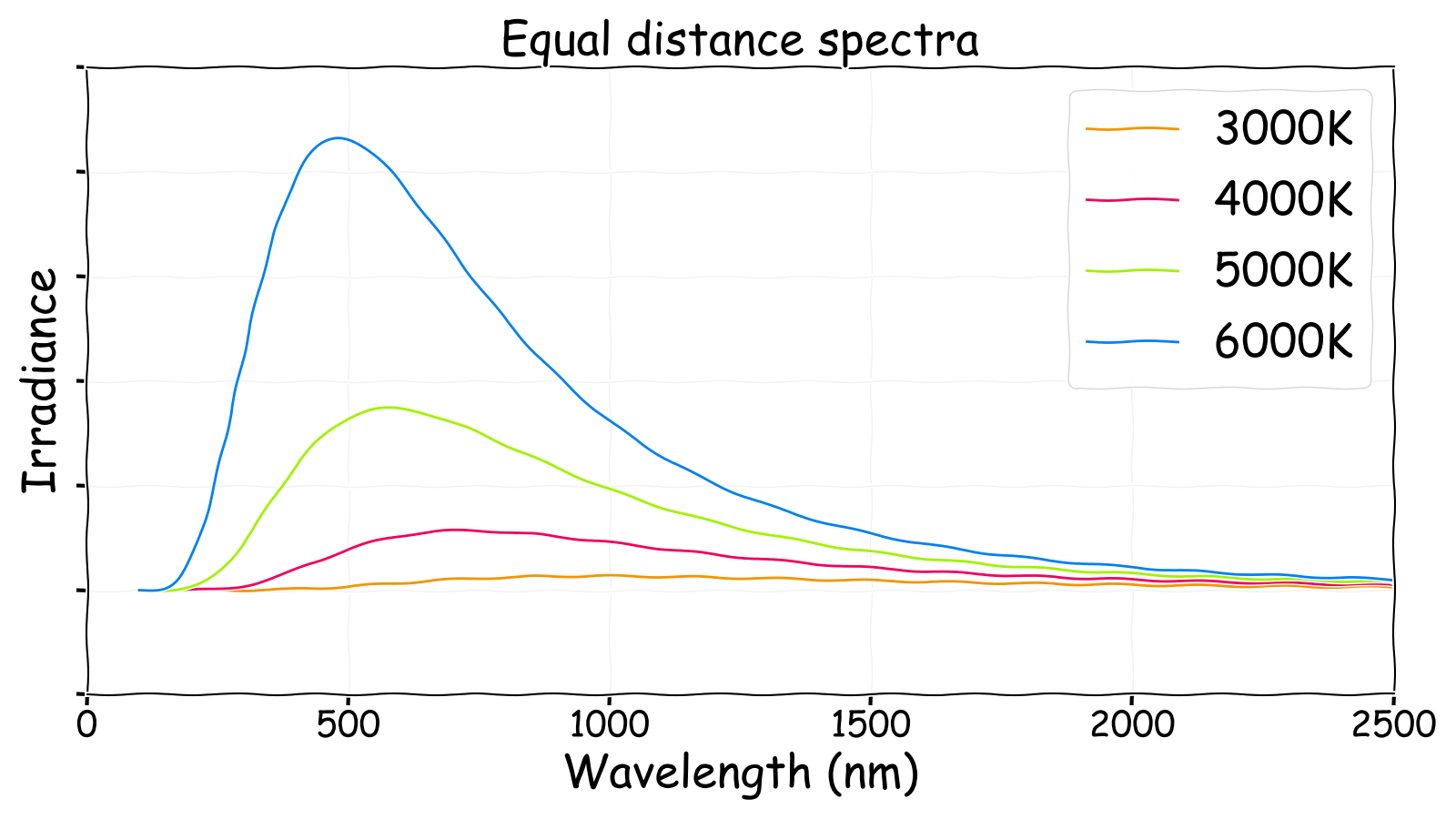 Note that a hotter star emits more light at every wavelength than a colder star. However, the peak emission moves to shorter wavelengths as temperature increases. This is Wien's Displacement Law. If you calculate the area under the emission curve this provides the total illumination received by a square metre across all wavelengths. As predicted by the Stefan-Boltzmann Law hotter stars produce far more total illumination than cooler stars.

Since we are interested in habitable planets it is more useful to compare stars when the total illumination received is equal. This accounts for planets around cooler stars to orbit closer in order to remain habitable.This better reveals how the distribution of wavelengths varies between stars of different temperatures. You can see below that illumination from cooler stars consists of a wide spread of illumination with increased red and infrared light. In contrast, illumination from hotter stars has a narrower spread that is dominated by blue and ultraviolet light. This already suggests how colour varies with temperature. 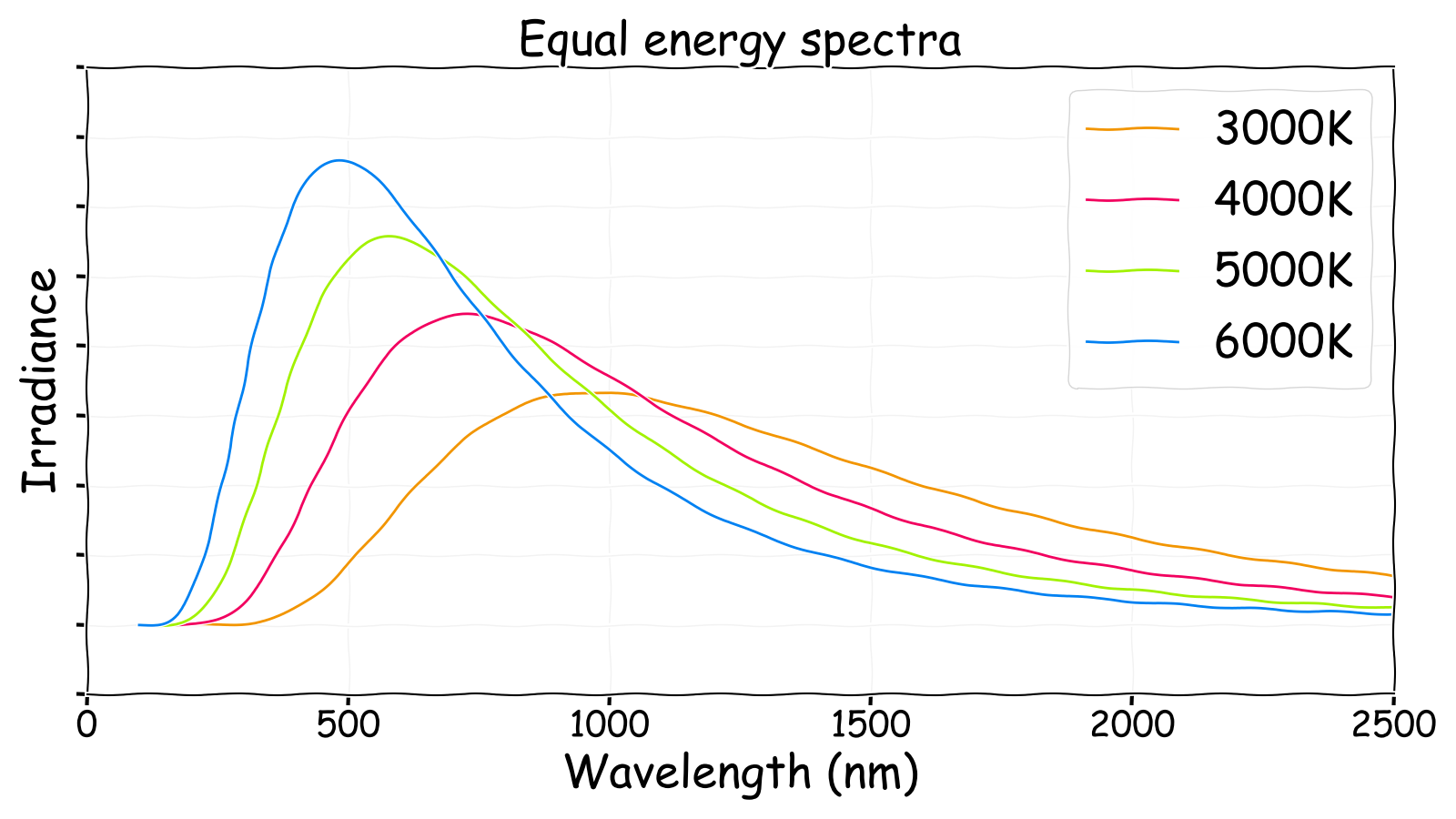 These spectra are useful for various reason. For example, they help to explain how photosynthesis could evolve on a planet and how efficient it would be underwater. However, that is a subject for a future post. For the time being they will just be used to determine how the colour of a star varies with temperature.

Unfortunately, colour science is actually black magic and it is not as simple as you might expect. Therefore, determining the colour of a star from its temperature is not a trivial or unambiguous task. This is mainly due to the fact that your brain does a lot of work that is hidden in your unconscious to help you understand the world around you. This includes modifying your perception of colour to maintain colour constancy  under varying illumination and shadowing conditions. This is best illustrated by the classic checker shadow illusion. In the image below the squares marked A and B are actually exactly the same shade of grey. I know they don't look like it but they really are...

I therefore won't go into detail on how the black body spectra above have been converted into RGB values for display on a computer though you can read Bruce Lindbloom's website if you want more detail. The result is shown below though with the caveat that technically this would be the colour a star would appear if viewed though a grey tinted space ship window with white walls and internal lighting that is equivalent to daylight on Earth! Changing the space ship lightbulbs would also change the apparent colour of the star...

As can be seen, there are no purple or green stars anywhere on this scale. Stars around the same temperature as the Sun (5778 K) appear white-ish, stars cooler than the Sun appear more orange and stars warmer than the Sun appear blue. In fact, the relatively limited variation in colour is somewhat disappointing as art work involving fiery red or piercing blue stars looks rather dramatic and emphasises that it is an alien world. Unfortunately, it does seem that this artistic licence slightly exaggerates reality.

In practice, stars are bright. Really, really, bright. So they would often appear white regardless of their temperature as they would saturate the colour receptors in the eye. Also, these colours are for stars when viewed from space as no account as been made of the effect of the atmosphere on the illumination but that's an entirely different topic to be left for a future date (perhaps).